How I Healed Ankylosing Spondylitis and My Journey

What is Ankylosing Spondylitis?

Ankylosing Spondylitis is a form of arthritis that primarily affects the spine, although other joints can become involved. It causes inflammation of the spinal joints (vertebrae) that can lead to severe, chronic pain and discomfort. Gradually, sections of the spine fuse in a fixed, immobile position.

Ankylosing Spondylitis is a genetic autoimmune condition which affects guys in their teens to 30s. Men are two to three times more likely to get the disease than women. You can inherit it. One gene, called HLA-B27 (which I was tested positive for), is common in people with ankylosing spondylitis.

When I say heal, it means being able to live life functionally with little to no pain. Sure, my Sacroiliac joint may or may not be fusing, but I'm glad that is as far as the autoimmune disease has progressed. Most importantly, not being able to do basic physical activity such as walking, due to the excruciating pain, was a thing of the past.

Being able to walk without pain and medications is such a basic activity that many take for granted. I was like that too, until I one day, I started having lower back pain when I was 18 years old. Coincidentally, this happened after my right wrist ulnar surgery. My tendon snapped while I was training to do muscle-up. It was so painful, and I had fever the next day. The pain continued for several months and I had no choice but to choose the surgical route.

Recovering from surgery was tough. As I was heavily into working out, I could not now as my arm was in a cast for the first 2 months. After the cast was off, my wrist had a limited range of motion and could not lift or carry weights for a period of time as I had to go through physiotherapy. Recovery was bound to be slow, and I may never be able to lift the same weights as I used to again. This made me felt extremely depressed as back then, fitness was my passion. (Bottom left of the picture with an arm cast)

This made me felt extremely emotional. That was also when my lower back pain first started to occur. At first, I thought maybe I had injured myself when I did not have a good sleeping position or that my sitting posture at my desk was poor. However, after learning about Mind-Body Syndrome (also known as Tension Myositis Syndrome), I now understand that your fears, thoughts and emotions can manifest into physical body pains at other areas to distract you from the emotional pain.

One day, my lower back pain / butt area on one side of my leg was so painful that I had tremendous pain and difficulty walking. I went to see a bone joint specialist and he suggested an X-Ray. The X-Ray showed nothing concerning and the next tier of diagnostic test was going to be the MRI.

What were the results? Both X-Rays and MRI showed very minor structural abnormality and the doctor just ruled that it could be some minor bone pain. He told me to just take some pain killers to alleviate the pain and just rest at home. The pain lasted for a month and I was using crutches in school.

This stabbing pain lasted on-off for many years with the longest being unable to walk for 2 months. The pain level was equivalent to a knife stabbing my butt/lower back region with every step I took. I had to limp at times.

In 2019, after getting my eczema and eating disorder issues sorted out, Ankylosing Spondylitis was the next on my list. Before that, I tried to seek for natural treatments like Physiotherapy and Chiropractic. Physiotherapy didn’t help much, and chiropractor is plain BULLSHIT to me.

They just make you feel good temporarily with some bone cracking. From my research, most chiropractors will also persuade you to sign packages with them, telling you how good the deal is and the supposed savings. Certainly, mine was no different. He also told me to get an X-Ray done and when I wanted the X-Ray film to be sent to my email instead, the clinic did not allow and told me to see my chiropractor to get it.

This did not make sense to me, and my godfather had to make a hell lot of complaints for them to send it to me. I was so pissed off I even gave my first two 1-star reviews to both the X-Ray and the chiropractic clinic. HoPe ThEy FeEl HoNoUrEd AnD kEeP uP tHe GoOd WoRk!

I did not want to see the chiropractor anymore as I lost all trust and faith in this field of quackery. I decided to see a Rheumatologist at a private hospital. I showed him the X-Ray I took which showed nothing of concern.

After much discussion, he predicted that I could have an autoimmune condition called Ankylosis Spondylitis. In order to confirm, he suggested I do a blood test known as the HLB-27 test. If it tests positive with the symptoms I’m facing, I am more or less guaranteed to have Ankylosing Spondylitis. After the consultation, the nurse then led me to a room to do the thing I hated - drawing blood.

After a week or so, the result was out. It was HLB-27 positive which meant I had Ankylosing Spondylitis. I was devastated as it was a genetic lifelong condition which was only bound to get worse as I aged.

The specialist told me there were only 3 options. Anti-inflammation medicine like Arcoxia, disease modifying drugs or the last choice which is biologic injections like Humira administered bi-weekly forever. He also suggested a physiotherapist.

Being someone who prefers holistic and natural treatment, I did not enjoy the idea of taking medication indefinitely. However, since I was in so much pain, I took the Arcoxia pills since it was the safest and has the least side effects of the 3.

The Ineffectiveness of Medicine & Physiotherapy

For the first week, it worked as the pain was relieved about 80%. But after that, the pain slowly crept back up and I was back to square one. Physiotherapy sessions were also honestly not very useful with little progress. Occasionally, the placebo effect probably kicked in but the pain usually came back within a few days. I started to get paranoid and googling didn’t help as it made me more fearful of what my future held looking at how bad and how painful the condition is.

This also happened during my school trip to Vietnam in late November 2019. At times, I was in pain but I tried to walk as normally as possible.

Then in early December 2019, I had a family overseas trip to Japan. Before that trip, I was in a tremendous amount of pain that I had to get a wheelchair onto the flight. I was being pushed around in the airport. Certain locations were not wheelchair accessible and I just fought through the pain, just to walk normally. The basic human movement of walking caused tears as each step I took led to a sharp pain in my lower back and butt region.

For other locations that allow wheelchair, my parents and my mum's friend above, who was so nice and genuine, had to push me around. I felt so useless. Someone my age was supposed to take care of them, or at the bare minimum take care of myself. Yet they had to take care of me.

Although Japan is a nice country with beautiful sceneries, I could not enjoy myself with such a painful condition. Needless to say, I shortened my trip by a week. However, I would certainly want to go there again as I can imagine how fun it would be if I can walk normally.

When I arrived back in Singapore, I started researching on potential natural supplements that may help and came across moringa powder. It worked for a period of 4 months. This is likely due to a placebo effect. The pain came back after 4 months and that was when I started researching again.

What I did to Heal It

After doing much research, I found a book called “Healing Back Pain" by Dr. John E Sarno. After reading and being interested about it, I read another book of his to understand this condition even deeper which was "The Divided Mind". I highly recommend you to pick up either of these books as it goes really in depth and helped me out a lot. 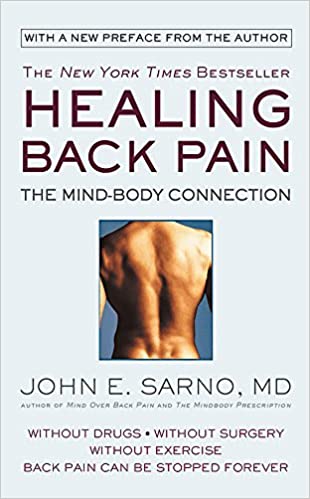 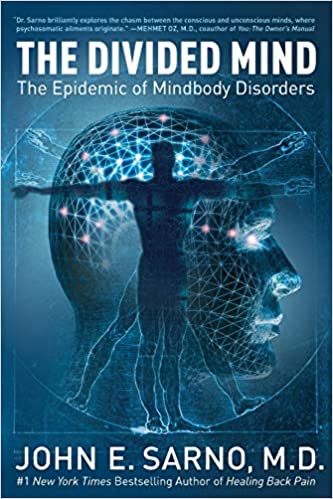 I realised all this while the pain I had suffered was due to a condition called MBS (Mind-Body Syndrome). Another term for it is called TMS (Tension Myositis Syndrome).

Dr. John E Sarno theorises that since patients often report that back pain seems to move around, up and down the spine, or from side to side, that this implies the pain may not be caused by a physical deformity or injury. This was very true and relatable for me as my lower back / butt pain was always on-off and jumping around different areas of my back.

The first step I did was to recognise that the pain I had was due to a Mind-Body Syndrome and not a structural abnormality. Even though I was tested positive for HLA-B27 test and diagnosed with Ankylosing Spondylitis, it was not actually my source of pain.

Instead it was due to my unconscious emotional issues (primarily rage) that initiates a process that causes physical pain. My unconscious mind uses the autonomic nervous system to decrease blood flow to the spinal region, resulting in oxygen deprivation, experienced as pain in the affected tissues.

Once I recognised what was happening, the second step was to go deeper into the root of my problem and unconscious mind by uncovering my repressed emotions through journaling. While journaling, the 5 areas you should look at are childhood experiences, personality traits such perfectionism and being well-liked by everyone, current life stresses and pressures, aging and mortality, situations of conscious but unexpressed anger.

The third and final step for me was to resume a normal lifestyle. I discontinued physical therapy that reinforces structural abnormality for my pain. As the pain reduces to a low level, I started easing into normal physical activity. Even when there is a little pain here and there, I remind myself that it is due to the mild oxygen deprivation caused by my unconscious mind and shift my focus towards psychological things on my list.

There is no uniform pattern of improvement and it may take a few days to a few months to see progress and improvement. It took me a period of self-experimenting and figuring things out to know what works best. For more detailed information on how I healed ankylosing spondylitis and how to heal your back pain, click here.

This started my journey to Mind-Body and holistic healing. I was in and out of pain for a few months before finally learning and being able to heal the pain and live a pain-free life. Occasionally, the pain may come back when I feel stressed or emotional but that is probably a 1-2 out of 10 at most and does not require medication. In the past, that used to be a 9.

How has ankylosing spondylitis affected your life? Comment below!

(This post may contain affiliate links, meaning I do get a commission if you purchase through my links at no extra cost on you. Thanks for supporting the free content on this site. For more info, please read the disclosure.)

How to Boost your Happy Hormones for a Better Mood (Dopamine, Serotonin, Endorphins, Oxytocin)

Change Your Mind, Change Your Life (Quiet the 4 Kinds of Inner Critic & Be Happy)